pundit from another planet

For The Corner, Andrew Johnson writes:

New e-mails in the days after the September 11, 2012 Benghazi attack reveal that the Obama White House urged Susan Rice to “underscore that these protests are rooted in an Internet video” ahead of her controversial Sunday-show appearances.

Documents obtained by Judicial Watch show deputy national-security adviser Ben Rhodes providing Rice, as well as others on the e-mail, with a list of “goals” for handling the attacks. Two of them:

He wrote that the president and administration “find [the video] disgusting and reprehensible,” but said that “there is absolutely no justification at all for responding to this move with violence.”

According to this article newly released emails show that the White House coordinated the video excuse that Susan Rice promoted on her now infamous Sunday talk show tour.

Here is part of the article:

White House officials consciously planned to spin the successful 2012 jihadi attack on the Benghazi diplomatic compound as a spontaneous protest against an anti-Islam video, according to a new email exposed by the public-interest law firm Judicial Watch.

The Sept. 14 email by Ben Rhodes, President Obama’s chief foreign policy spokesman, described the public relations goals for a planned briefing of a top official — Susan Rice — who was scheduled to appear Sept. 16 on the Sunday talk-shows.

She was invited on the shows to explain the September 2012 attack, which killed the U.S. ambassador and three other Americans. The subject of the email was “PREP CALL with Susan.”

Nicholas Watt reports for The Guardian: 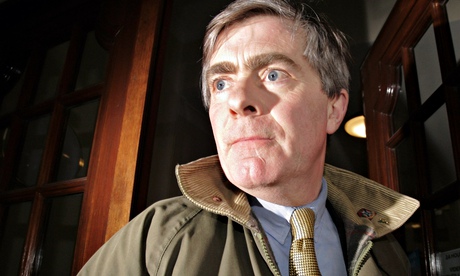 ‘Patrick Mercer, a former Conservative frontbencher, has dramatically resigned his seat after he allegedly asked questions in parliament in exchange for thousands of pounds from a fake lobbying firm. His resignation will trigger a byelection in his Newark seat, likely to be held after the European elections next month in which Ukip is leading the Tories in the poll, prompting questions about whether Nigel Farage might choose to stand.

MPs on the cross-party standards committee decided at a meeting on Tuesday to recommend that Mercer should be suspended from parliament for six months when it publishes a report into the allegations on Thursday. The magazine The Week first reported the committee’s decision on Tuesday afternoon. The Guardian independently confirmed the decision. Mercer has been sitting as an independent MP after he resigned the Tory whip last year in the wake of the allegations.’

Americans have been given a false choice regarding healthcare reform.

There were many viable alternatives for making healthcare more available and affordable in America that didn’t require tearing down the entire system and replacing it with a mandate that all Americans “bow” at the altar of the Department of Health and Human Services or the Internal Revenue Service.

Yet Democrat leadership failed to pursue reasonable solutions which studies have shown would significantly improve healthcare in the U.S. while maintaining an individual’s right to choose the coverage which best suits their needs.

Americans struggling to make ends meet should receive tax breaks commensurate with their income enabling them to afford quality healthcare for themselves and their family. I would personally like to see the money our government sends to other nations outside of humanitarian needs redirected to subsidize healthcare coverage for Americans at or below…

Recently Nathan Vella, co-founder and President of Capybara Games, spoke very positively to Edge Magazine about his studio’s partnership with Microsoft on the highly anticipated roguelike, Below.