Natalie, Brown, I Love 2 Luv U (Random Thoughts) – You Tube.

I luv u girl…this is my fav, sing on song bird.
So beautiful…um… MUAH!!!

pundit from another planet

The Daily Caller‘s Michael Bastasch reports:  The night before President Barack Obama was set to address Californians stricken by a prolonged drought, White House science czar Dr. John Holdren told reporters that virtually all weather is being impacted by climate change and that droughts were getting “more frequent, they’re getting longer and they’re getting dryer.”

“The idea that any of the weather we are seeing is in any significant way due to humanity’s greenhouse gas emissions verges on irrationality,” Spencer wrote in his blog.

Pielke took to Twitter on Friday to slam Holdren for “zombie science” in the White House.

@andersbolling That’s right, thanks. The zombies will always be with us. But it is brazen for zombie science to show up in…

There are growing calls by ordinary East Malaysians for Sarawak and Sabah to leave Malaysia as they feel that the 50-year-old federation has not benefitted them, a Sarawakian academic said today.

“If you have a frank discussion with ordinary Sarawakians and Sabahans, there will be a slight majority to want Sabah and Sarawak to leave Malaysia.

“They feel that since day one, the federal government has not treated Sabah and Sarawak as separate entities as had been promised since 1963,” said Professor James Chin of Monash University Malaysia.

Speaking at a forum organised by the Bar Council today, Chin claimed that although this was the voice of the grassroots, the chances of Sabah and…

The Abuse Expose' with Secret Angel 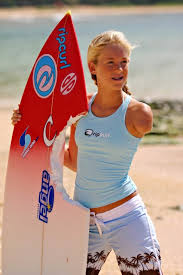 Here’s a little inspiration for all of us today. We have all been through some type of traumas in our lives. We have each been broken in some way. But when I hear how this young woman has risen above the trauma that took her arm in a shark attack, it just amazes me. The strength and faith that this young woman has is just inspiring and it encourages me to try to rise above any obstacles in my life. Philippians 4:13, “I can do all things through Christ who strengthens me.” She is an example of this kind of strength and courage.  Here is the Bethany Hamilton Story: